Those eligible for the visa will be able to apply from January 2021. 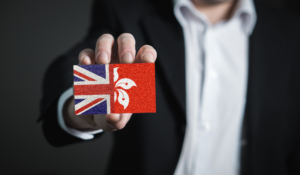 On July the 1st 2020, the Foreign Secretary made its first statement regarding China’s controversial national security legislation. The UK government’s position is that it is a clear breach of the Sino-British Joint Declaration.

Signed between China and the UK on the 19th of December 1984, the Joint Declaration promised to preserve Hong Kong’s existing capitalist system and way of life until 2047.

According to the Foreign Secretary, the legislation recently enacted by Beijing is also in direct conflict with Article 23 of China’s Basic Law which allows Hong Kong to establish its own national security legislation.

Today’s announcement allows Hong Kong citizens who are BN(O) to apply for the new Hong Kong BN(O) visa. An estimated 2.9 million people will be able to apply for visas which last 30 months and extendable for another 30 months (or single period of 5 years), after which they can apply for Indefinite Leave to Remain (and citizenship a year after).

This is a direct link to the Policy Statement (Note: PDF document)